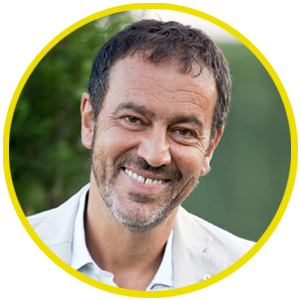 Alberto Chiarlo often traveled abroad with his father to promote the family’s wine and ran the company’s international sales, where he learned the workings of the wine industry. In 1992, after civil service, Alberto joined the company as part of the Italian sales staff. In 1994 he began to take interest in export sales and in 1998 was named Export Manager. Since 2000, Alberto Chiarlo has taken the role of Sales & Marketing Manager. Under his management, export sales doubled in the last 10 years. In 2001, Alberto and his brother Oenologist Stefano Chiarlo and Alberto’s wife, architect Simona de Paoli, began an artistic endeavor called “Le Orme su La Court ” (Foot prints on La Court), a phantasmagoric park in their vineyards at the Tenuta Aluffi/La Court estate in Castelnuovo Calcea, in the heart of the Barbera d’Asti production. They commissioned Oscar-nominee set designer and director Emanule Luzzati to design the park, which features artwork from Luzzati and ten other artists. 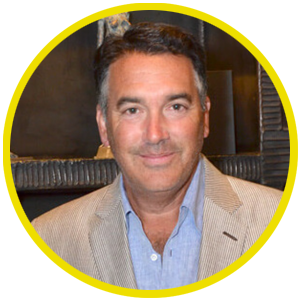 Michael Polenske, Creative Director, Chairman and Founder of Bespoke Collection, was born in Bermuda to a military family. After an itinerant early childhood, Polenske’s family was later transferred to Travis Air Force Base near Napa Valley, where he spent most of his youth. His first exposure to wine came with family trips to California’s wine country. Throughout his 20 years of investment management, Polenske observed the fact that many of his clients preferred investments that reflected their personal interests. Michael began the current chapter of his life devoting his attention to “the business of leisure” with the acquisition of Blackbird Vineyards in 2003 and turning it into an ultra-premium label. He added curator to his resume when he launched Ma(i)sonry Napa Valley—“a life aesthetic”. Opened in the town of Yountville in the fall of 2008, Ma(i)sonry allows guests to appreciate and acquire art and furnishings, all while sampling artisan wines from 20+ collective winery partners, including all three labels that make up the Bespoke Collection. In 2009, Polenske added a Ma(i)sonry label to his wine portfolio followed by the launch of Recuerdo Wines with The Vines of Mendoza in 2011. In 2014, Ma(i)sonry Napa Valley was sold to Restoration Hardware (RH). Michael joined the RH Management Team in June of 2013 tasked with developing the Ma(i)sonry wine bar concept as part of their full line design gallery locations currently being rolled out across the country in 50-70 locations. Philanthropically active, he is a founding board member of Festival Del Sole Napa Valley, which celebrates the art of life with components of music, art, food and wine.