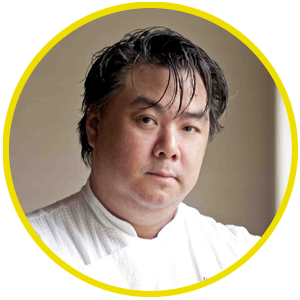 Ryan McCaskey describes his style as “simultaneously contemporary and classic”. The first half of his career was rooted in classical cuisine, technique-driven, the fundamentals. Recently, his focus shifted to subtlety, layering flavors and using contemporary techniques.

In 2010, McCaskey began plans for Acadia based in Chicago. Acadia opened in late 2011 and has since garnered accolades from both local and national sources. The most noteworthy accolades since opening have been a Michelin star after just nine months, (retained 2013, 2014, 2015), Two Michelin stars in 2016 (retained for 2017), and 2013, 2014, 2015, 2016 and 2017 Five- Star ratings from AAA. Other awards have been Best New Restaurant–Jean Banchet Awards, 2013, and semi-finalist nominations for Best Chef. Great Lakes by the James Beard Foundation.

Prior to Acadia, McCaskey worked as Executive Chef at the Moroccan Tizi Melloul and as chef de cuisine at Vivere and then at the acclaimed Rushmore. 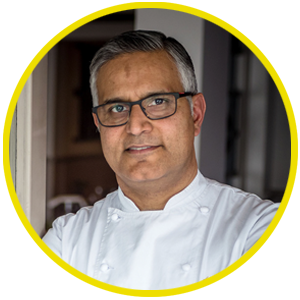 Atul Kochhar’s unique talents as a twice Michelin starred chef have changed the way people perceive and experience Indian cuisine. Taking inspiration from his native India, while continuously researching regional dishes, Atul has managed to combine his heritage with his love of British ingredients to create unique and innovative modern Indian cuisine. His contemporary style and love of traditional cooking techniques led him to open his own restaurant ‘Benares,’ which won him a Michelin Star in 2007. Since then he has opened numerous award-winning restaurants; Sindhu at The Compleat Angler in Marlow; Hawkyns at The Crown Inn, Amersham and Indian Essence in Petts Wood. Having recipes featured in international publications and regular appearances on Amazon and television, including most recently BBC2’s Million Pound Menu, Atul has also written a number of successful cookbooks; Simple Indian; Fish, Indian Style; Curries of the World; 30 Minute Curries. His work ethic and talent have not gone unnoticed as he has had the privilege to cook for Prince Charles at St James’s Palace, as well as having been personally invited to meet HM The Queen during one of the President of India’s official visits. Dedicating time outside of the kitchen to philanthropic endeavors, Atul has worked with The Prince’s Trust and stands as an ambassador to The British Asian Trust to support high impact charities in South Asia and the UK. Atul is currently raising money for Great Ormond Street Hospital and in January 2019 he embarked on his second voyage to Antarctica for this fabulous charity. 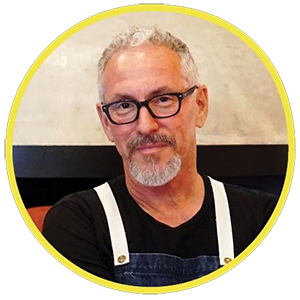 Michael Schwartz made a name for his fresh approach in the kitchen, sourcing fresh ingredients in season from small suppliers and presenting them simply on the menu. Now, diners keep returning to Schwartz’s growing group of restaurants for their reliably exceptional food, but also great energy, welcoming neighborhood dining environment and attention to detail in all aspects of the guest experience. Beloved by locals and visitors alike, his now 12-year old Miami flagship Michael’s Genuine Food & Drink is committed to quality at the bar too, with a lively happy hour, cocktail program and raw bar. The same philosophy applies to a wine program with iconic winemakers but also small production, biodynamic and natural wines with a story behind the label. The delightfully buzzy and sunny courtyard is a standard for Schwartz’s signature small plate-driven Sunday Brunch and keeps guests and shoppers satiated in Miami’s new hub for art, fashion and culture, the Design District.