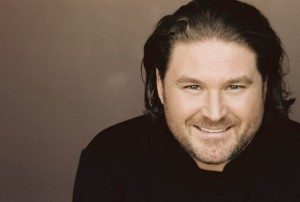 Chef David LeFevre, a native of Madison, Wisconsin, developed his passion for cooking as a child by helping his Mother in the kitchen. He says “I loved the food my mother made and realized that if I knew how to cook, I wouldn’t have to wait for someone else to cook for me.”

LeFevre seized the opportunity to travel to France and hone his classical skills in some of the world’s most distinguished kitchens. This experience enhanced his resume with a list of apprenticeships that include the late Bernard Loiseau’s restaurant, La Côte d’Or, Restaurant Jean Bardet and Roger Vergé’s Le Moulin de Mougins. Upon returning to the United States, LeFevre moved to Chicago to work with his mentor Charlie Trotter where he quickly advanced to become sous chef.

During this time LeFevre  participated in over fifty national and international culinary events and he cooked alongside some of the world’s best chefs, heads of state, and at the James Beard House, and developed recipes that ultimately appeared in several of Trotter’s award-winning coffee table cookbooks. As a representative of Trotter’s, LeFevre contributed to the production of the PBS television series, Kitchen Sessions with Charlie Trotter and had the opportunity to work with visiting chefs like culinary masters Alain Ducasse, Michel Trama and Gordon Ramsey.

In 2002, LeFevre decided to explore new and exotic cuisines, which launched him on a two year globetrotting experience all over Southeast Asia, Japan, Australia, the Caribbean, and Europe. In 2004, LeFevre was recruited as Executive Chef of the Water Grill, downtown Los Angeles. Under LeFevre’s six year culinary leadership Water Grill earned a coveted Michelin star.

Now at Manhattan Beach Post (M.B. Post), LeFevre has returned to his roots with a highly personal and soulful restaurant offering a more rustic menu of playful, artisanal dishes designed to be shared, and complemented by artfully crafted cocktails and small production wines. 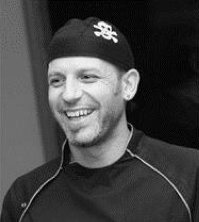 After his apprenticeship in traditional rich 4 Star Hotel “Antonie” in 1993 Hans Peter Haider made his career in various prestigious Hotels throughout Austria, becoming Executive chef of “Hotel Holzknecht” in 2003 at only 28 years of age.  In 2010 Hans Peter became Executive Chef for one of the most famous seafood restaurants in Austria, the “Stiftschmiede” in Ossiach before joining hotel12 in December 2012.
Throughout his career Hans Peter specialized in traditional Austrian cuisine and its techniques, focusing on the use of the best regional and foraged produce.
In hotel12 he focuses on traditional Austrian dishes, using only local fresh products such as herbs from the own herb garden, mushrooms from the surrounding woods and locally grown meet from farmers in the area. His restaurant is well known for best quality, authentic taste and only the freshest products. 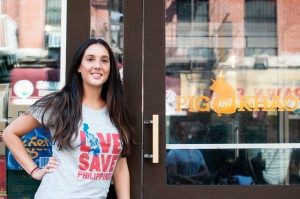 A graduate of the Culinary Institute of America (CIA) in Hyde Park, NY, Leah’s first position in a New York City kitchen was working for celebrated chef David Burke at Park Avenue Café. While at Park Avenue Café, Leah adapted David’s philosophy of utilizing the freshest seasonal ingredients and was encouraged to enroll in a Slow Food program based in Italy.  After studying the intricacies of Italy’s diverse culinary landscape, Leah stayed on for an additional year in Sicily at Michelin-stared restaurant, La Madia, to focus on a cuisine that blends the bold and fresh flavors of the Mediterranean.

Upon returning to New York, Leah refined her craft at Eleven Madison Park under the tutelage of Chef Daniel Humm.  Rising through the ranks from Garde Mangé to Chef de Partie, Leah was quickly promoted to a tourant between the fish and meat roasting stations. After working for a year at the four star restaurant, Leah traded in refined for rustic when she joined Anne Burrell at Centro Vinoteca in 2008.  While working under Chef Burrell, Leah truly explored her love of Italian cooking, and also landed a spot on BRAVO’s hit television series, “Top Chef.”  After a successful run on the show, and with national recognition, Leah returned to Centro Vinoteca as the restaurants Executive Chef, where she continued to explore her culinary creativity with an inventive Italian menu that attracted West Village locals and destination diners alike.

After a few years at Centro Vinoteca, Leah decided to take a sabbatical and spent a year traveling throughout Southeast Asia learning about her Asian heritage. One year later, Leah returned home to bring the bold flavors of Asian street food to New York, combining a culinary technique honed in New York’s top kitchens with the bold flavors found in the restaurants and food stalls of Hong Kong, Thailand, Vietnam, Philippines and Malaysia.  Leah’s cooking is innovative and strikingly authentic, and is on display daily at Pig & Khao restaurant on the lower east side of NYC.